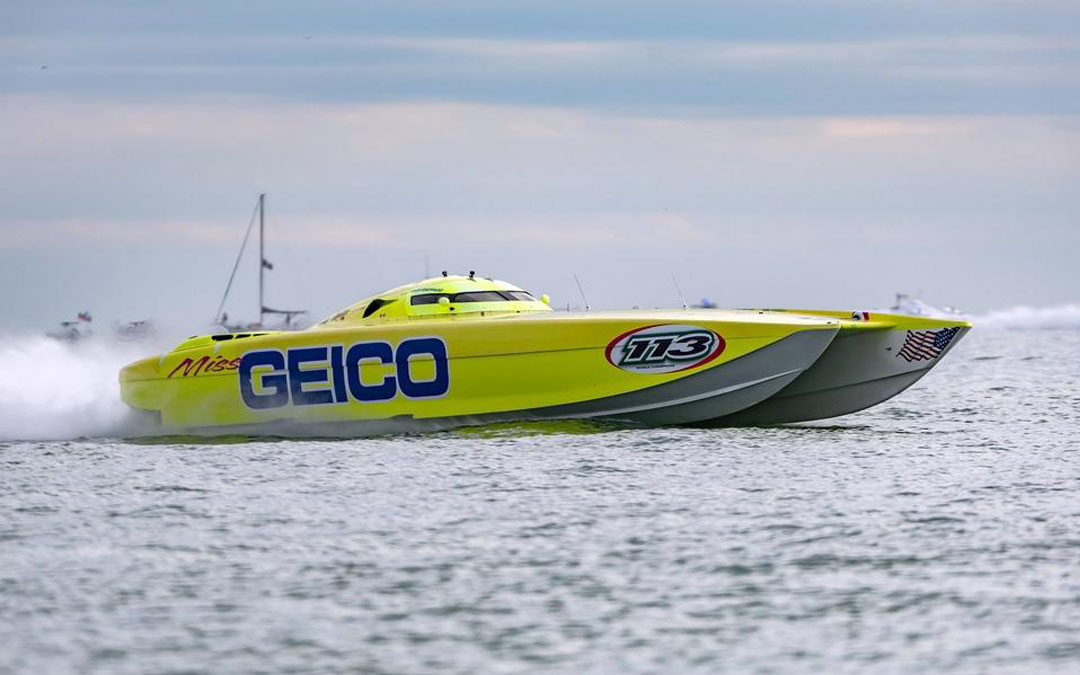 ENGLEWOOD — Crazy is how James Sheppard described his attempt at the “floss” dance on the deck of his boat as it was towed to the pits on Sunday afternoon.

His daughter taught him the dance, which requires a person to swing their arms with clenched fists from the back of their body to the front.

“I have to say I’m pretty ill-coordinated when it comes to (the floss),” Sheppard said. “I think this afternoon, whatever the adrenaline kick (Sunday), it finally hit home. As I was practicing on the way in, some of the fans were yelling, ‘Do that crazy dance again.’

“I’ve got the hang of it now again. My daughter will be very embarrassed.”

Sheppard and throttleman Steve Curtis skipped over the glassy surface of the Gulf of Mexico at speeds up to 176 mph to beat runner-up CRC Racing in the final 12-lap extreme class event. Both teams battled mechanical trouble Saturday and Sunday.

“We worked overnight and this morning to get this thing going again,” CRC driver Mike Defrees said. “Put some new drives on it — transmission and new propellers. We really hit the set-up really, really well. Geico is just running more horsepower than we are. It was hard to reel them in.”

Miss Geico had a problem with a wastegate that regulates boost pressure on a starboard engine in Lap 7, but Sheppard and Curtis managed to get it closed using a technique similar to pressing the brake on a car going into a turn and accelerating on the way out.

A broken wastegate in one engine can cost close to 20 mph of speed.

“This is a dream weekend for the Geico team,” said Sheppard, who flew in from England on Thursday to race.

Richard “Zac” Genth said the smell of gas and the sound of high-powered boat engines reminded him of when his mother and father took him to races in the 1980s. He was starting a new tradition Sunday with his son, Leland, who got to meet the crew of the Miss Geico team.

The Genth family competed in long-distance outboard and powerboat races in the 1960s.

“It brings back memories,” Zac Genth said. “I’ve wanted to do this for years, and now I get to do it. My (dad) isn’t here, but it’s still nice.”

“They didn’t race like this,” she said. “When they left the dock, you wouldn’t see them for two days. They’d go to the Bahamas and back. So, unless you wanted to sit out in the middle of the Atlantic Ocean, you didn’t get to see the race.”