The off-season has been far from quiet for Steve over the winter months. The ORS workshop never stops, barely for Christmas and likewise down at Geico where the team reside in West Palm Beach things have been pretty hectic also. So, with the ever demanding need for technical change at Miss Geico HQ, Steve and the team have been working hard to prepare the boat for the start of the 2019 race season. A few things will be noticeably different immediately at Cocoa Beach this weekend. The first thing the crowd will see will be the new paintwork and graphics the team are proudly presenting.

The new look race boat is looking more punchy than ever with its statement aluminous green/yellow lacquer – but with an updated more modern logo and more edgy colours. Not that you would have ever missed them before, but the makeover certainly will have an impact out on the water this season. “We actually went with the red, chrome and blue this year to wave the American flag,” said Gary Stray, Geicos Crew Chief. “We are representing the U.S. and proud to be doing so.” 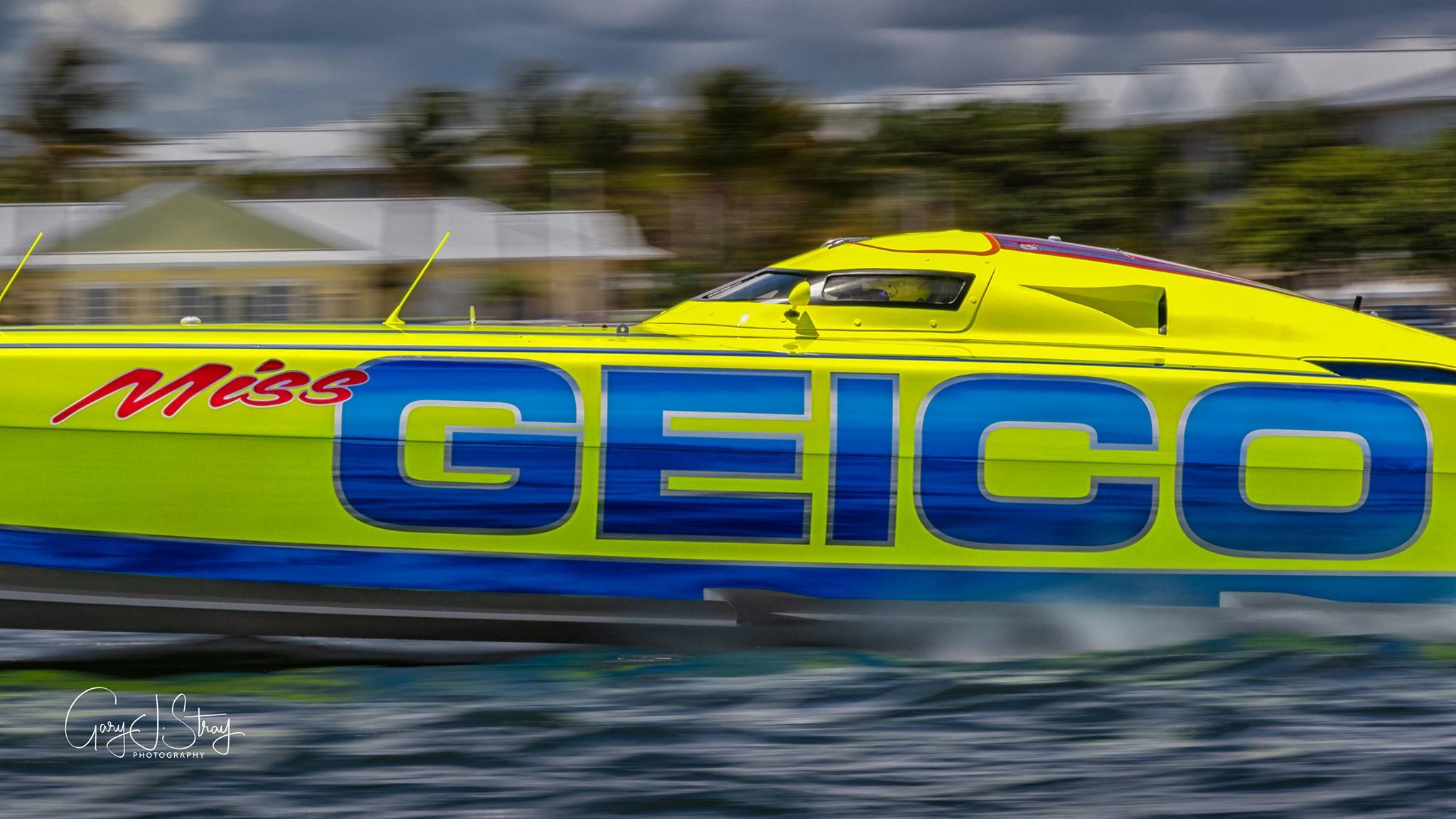 A few other changes have been made to the internals including a new set of Mercury Racing twin turbocharged 1,100-hp Comp engines bringing the boat down quite a few knots to make this an even playing field within the race series. The Geico boat can now play ball with the rest of the fleet making this for a more interesting circuit. Alas, slowing Steve down probably wasn’t what he’d signed up for! “Obviously it’s different from the big, Goliath power we had before, but its really, really good,” he said. “She’s still fast as hell. We went with a small propellers and ran to 130 mph, but when it’s all said and done the boat should do over 150 mph. It’s still plenty fast. It’s still going to be fun. The racing will be great and it will be fair.”

Aside the glamour there have been some ergonomic changes within the cockpit for Steve created by Gary. He has crafted a new bespoke trim handle and throttle lever which should make Steve’s job a little easier out on the water! Assisting Steve again this season will be driver James Shepherd making this an all English crew which will no doubt please fans watching live from across the water. Let’s hope the boys impress the American crowds once again this season.

With only two days to go until the official start of the APBA race season at Cocoa Beach this weekend; May 17th – 19th, it’s either time to pack your bags and make your way to the race site or watch everything live on Facebook at www.facebook.com/powerboatp1wc Racing starts at 10am Eastern Time.

Good luck to everyone out there and have a fantastic race season!