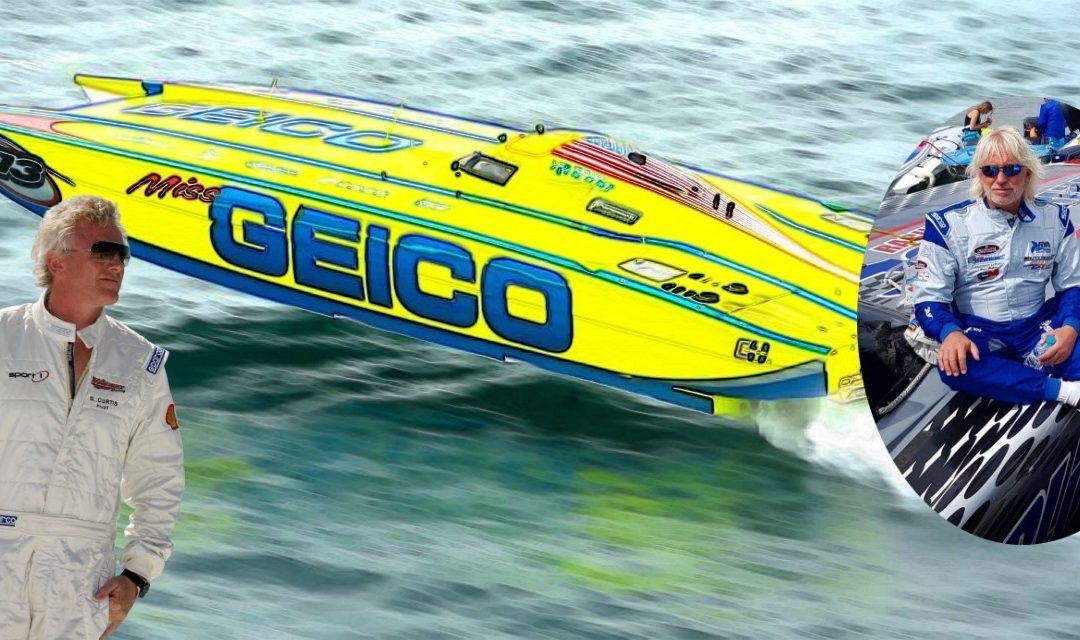 Two of Britain’s most experienced and successful Offshore Racers will be teaming-up for the first time ever in St. Clair tomorrow. Both Steve Curtis MBE and Miles Jennings have been competing in offshore since the early 1980’s, and tomorrow will see them race together in Class One International at the St. Clair Grand Prix.

After Curtis seriously damaged his Miss GEICO Victory hull at the Sarasota Powerboat Grand Prix, he quickly needed a replacement, Jennings said: “After the misfortune in Sarasota, Miss GEICO acquired our boat, and I came along with it!”. Curtis continued: “I think the setup of the Zabo boat is quite different to what we’ve been running, so we’ll have to feel it out tomorrow, and get used to it. This is our first time in a boat together so it’s gong to take time to get used to each other as well. St. Clair is a relatively short course, so you are limited to what you can do. You can only hold the throttle open so long before you have to turn. The sensible thing to do is play it conservatively, get some points under the table, and stabilise the situation. At the end of the day, we are out there racing, if we see an opportunity, we’ll go for it!”.

Jennings concluded: “I’m excited to be in the team. Last season, and one race this season, I throttled the Zabo boat with Ugur Isik. In addition to that, I’ve been racing an Outerlimits with Drew Langdon in the UKOPRA Offshore 1 World Championship in Britain and have competed in the Asia Powerboat Championship. I’ve known Steve for nearly 40 years although we’ve never raced together. We have a good rapport, but we will have a tactic talk in terms of how we work together in the boat. It is going to be an interesting race with the tighter circuit, and we have a slightly heavier boat than Victory, and 222 Offshore”.