ITS ALL NEW FOR MISS GEICO 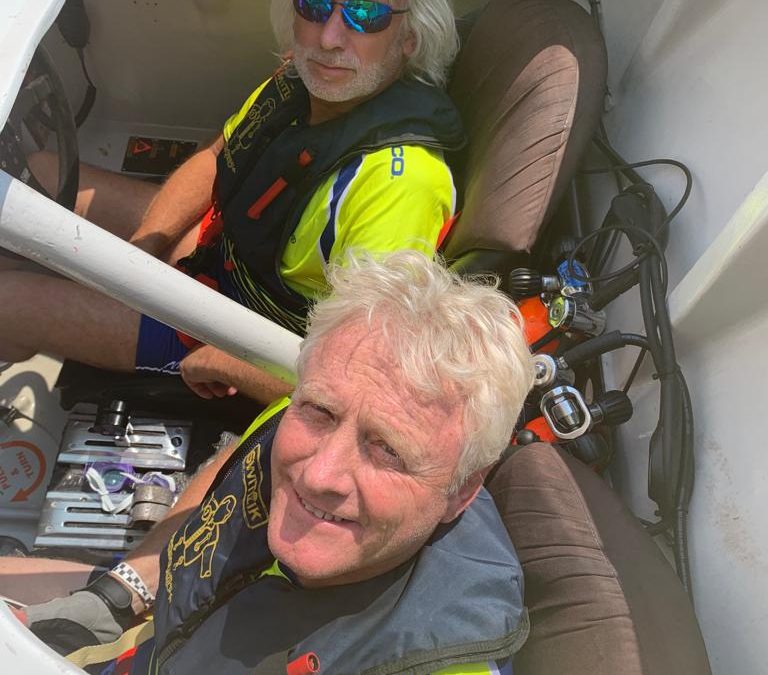 It was touch and go leading up to today’s race in St. Clair MI for team Miss GEICO. The crew fought late into the night with electrical issues to name but a few getting the new leased boat from Zaborowski Offshore ready. Aside their small opportunity to test since acquiring the boat, multiple issues arose with very little time in which to rectify them, which is why so much praise for their efforts were given today by all.

Due to bad weather causing a huge delay in today’s race schedule, race 3 and 4 merged with both Supercat and Class One boats racing the circuit jointly. Victory took and remained in the lead for the duration while 222 followed by Miss GEICO chased up the leaders finishing second and third respectively.

Not only did the GEICO team have a new boat to familiarise themselves with, they had to forge a fast relationship between driver and throttleman too, since Miles Jennings replaced James Sheppard after the Sarasota smash. “This was our first time in a boat together so it took some getting used to, but we took it round as best we could considering the setup of the Zabo boat is quite different to what we’ve been running”, said Steve.

Due to Steve’s height the ride was not a comfortable one. Not only would the trim switches have been in reverse as Steve is probably one of the only throttlemen to work in the opposite manner, his seat positioning and set up did not reflect his size. These are adjustments will certainly be taken into consideration for Michigan City.

Today went better than expected. It was a “new” boat with a new crew in the boat. At 7am yesterday morning, we didn’t even know if we would take a green flag due to electrical issues, but thanks to a colossal team effort we managed to get a respectable 3rd place, not far from the leaders”, said GEICO Crew Chief – Gary Stray.