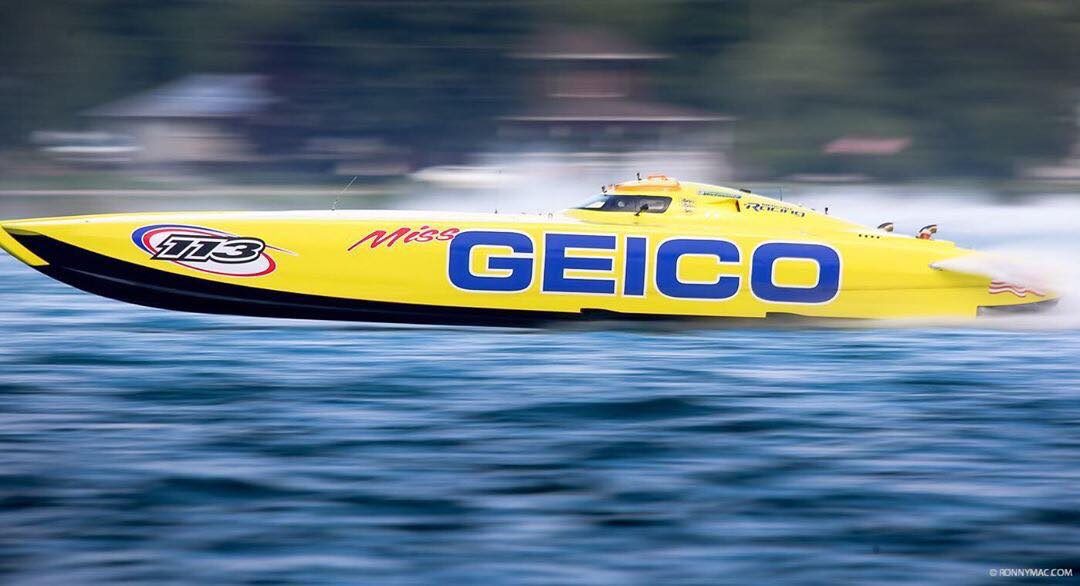 Todays race in Michigan City, Indiana gave better expectations for the Miss GEICO team as they seemed to have gained a level of stability with their new boat taking a well deserved second place behind leader 222 Offshore. The competition this afternoon between the Class One boats proved that anything is possible at anytime, with the teams mixing up amongst the course as Victory fell back into third for unknown reasons, leaving Miss GEICO tightly chasing the 222 crew – in what looked to show their abilities are firmly on the rise again meaning the competition is all but lost amidst their unfortunate season so far.

“We were pretty happy with second!”, was all that Curtis had to say about todays race. Leaving us to speculate on what he and the team will be working on in the long race break before the final race of the season in Fort Myers at the “Roar Offshore” event on October 10-12.

Keep upto date with the rest of the season at http://www.oparacing.org